Ministry of Foreign Affairs of Mongolia 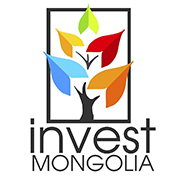 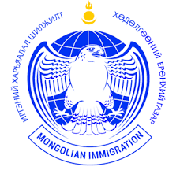 What is the Coat of Arms of Mongolia and the meaning of it?

The official coat of arms of Mongolia (Mongolian: Монгол улсын төрийн сүлд, Mongol ulsyn töriin süld) was adopted in 1992 following the fall of the communist government. The outer rim features a tumen nusan, symbolizing eternity, surrounding a circular blue field, symbolizing the sky. On the centre of the field is a combination of the Soyombo symbol and the wind horse (treasured steed), symbolizing Mongolia's independence, sovereignty, and spirit. Above the field is a chandmani, representing the Buddhist Three Jewels, which in Mongolian folklore grants wishes, and symbolizes past, present, and future. Below the central emblem is a green mountain range, with the wheel of destiny at the center. On the bottom of the mountain range and wheel is a khadag, a ceremonial scarf.

What is the National Flag of Mongolia?

The current flag of Mongolia was adopted on February 12, 1992. It is similar to the flag of 1949, except for the removal of the socialist star. It has three equal, vertical bands of red (hoist side), blue, and red. Centered on the hoist-side red band in yellow is the national emblem.

What is the State Emblem of Mongolia and the meaning of it?

The symbol of Bogd Khaan monarchy from 1911 was the Soyombo, which was adopted as Mongolia's national emblem in 1924 at the first meeting of the Great Assembly (parliament). The Soyombo has a long tradition as a national emblem, having been invented by Under Gegeen Zanabazar, a descendant of Chinggis Khaan and founder of Mongolian Lamaism. The People's Assembly held in 1992 adopted a Constitution to include: the national emblem, the flag, the Nine White Banners and the anthem.
The biographies of Undurge-geen Zanabazar, who created the Mongolian alphabet in 1686, are significant because they contain the Soyombo alphabet, a symbol of Mongolian independence and sovereignty and the state emblem. Although the alphabet has not been adopted in general, many old manuscripts written in Soyombo have been stored in the Erdene Zuu monastery, now a museum, where there is a unique book on the history of the Soyombo alphabet, published by Lama Dambadorj in 1799.
One excerpt from the treasured writings by Undurgegeen Zanabazar in Soyombo script reads: "By the mercy of the heavens in the year of the Fiery Snow Leopard, the last year of the eleventh sixty years, many ideas of the holy man Zanabazar were realized. It was then that Bogd (one of the titles of the highest lama) transferred his throne to the datsan (monastery) of Ribogei-Gandan-Shadiblin from where he spread his spiritual power over the land of the Blue Mongolians. In that year he cast his eternally famous statue of the serene faced Goddess Tara. During the twelve days of the month of the Monkey, Zanabazar completed his life's work, the Soyombo alphabet."
The Soyombo is a timeless and treasured combination of Mongolian historical and cultural identities and wisdom:

How to get to Mongolia?

More information can be found here.

The tickets could be obtained through travel agents.

There is a direct train from Russian town Irkutsk to Ulaanbaatar, Mongolia.

3. Both Mongolian-Russian and Mongolian-Chinese borders can be crossed by feet.

Where can I get a Mongolian visa?

Visas can be obtained at the nearest Mongolian embassies and consulates.

Does my country have a Mongolian embassy and/or consulate?

Where is Mongolia located?

Mongolia is located in between Russia and China.

Is Mongolia a part of China?

Mongolia is an independent republic.

What is the principal language in Mongolia?

Is the Mongolian language similar to any other languages?

Mongolian language is a unique language and not similar to any other language.

What script do the Mongolians use?

Mongolian is written in cyrillic.

What is the name of the capital of Mongolia?

Capital city of Mongolia is Ulaanbaatar.

What do the Mongolians eat?

There is a wide misconception that Mongolians eat only meat. Mongolians widely use dairy products and vegetables.

What is the Mongolian currency?